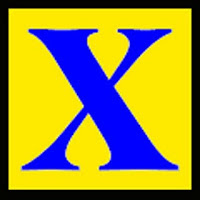 Death of a Red Heroine by Qiu Xiaolong

Set in Shanghai in the 1990s (after Tienanmen Square) this is the story of a policeman, Chief Inspector Chen Cao, who is also a poet, a translator of mystery novels, and a "loyal party member." He is trying to figure out who murdered a young woman found dumped in a canal. There is a lot of information in this book about life in China, including quite a bit of modern political history woven into the story. There is also quite a bit of Chinese poetry, mostly classical, quoted in the book. Both of these things add to the book rather than distracting from the mystery. The detection part of the story focuses a lot more on the "why" of the crime than the "who" and is resolved (as far as concluding the novel) in a satisfactory way. I think the greatest strengths of this book were the complexity and Chen as a character and the writing. The style of the book is a bit noir-like, but with a poetic aspect to it rather than a really gritty one.

"Yu sat beside the window, smoking a cigarette. The streets of Shanghai were spread out beneath his gaze, gray and black roofs with curls of peaceful white smoke undulating into the distance. Yet he seemed to smell crime smoldering in the heart of the city." (p. 108)

This book won the Anthony Award and was nominated for an Edgar Award.The author, Qui Xialong was born in Shanghai and has lived in the U.S. since 1989. He has written several more novels featuring Inspector Chen.

This is an excellent novel, and a fascinating view into life in China.

This post is part of the Crime Fiction Alphabet 2012 at Mysteries in Paradise.
Posted by Mary R. at 9:21 AM