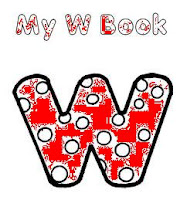 Well Schooled in Murder by Elizabeth George is #3 in the Inspector Lynley series.

"When thirteen-year-old Matthew Whately goes missing from Bredgar Chambers, a prestigious public school in the heart of West Sussex, aristocratic Inspector Thomas Lynley receives a call for help from the lad's housemaster, who also happens to be an old school chum. Thus, the inspector, his partner, Detective Sergeant Barbara Havers, and forensic scientist Simon Allcourt-St. James find themselves once again outside their jurisdiction and deeply involved in the search for a child—and then, tragically, for a child killer. Questioning prefects, teachers, and pupils closest to the dead boy, Lynley and Havers sense that something extraordinarily evil is going on behind Bredgar Chambers's cloistered walls. But as they begin to unlock the secrets of this closed society, the investigation into Matthew's death leads them perilously close to their own emotional wounds—and blinds them to the signs of another murder in the making...."


I started reading this series, which I really like, with book #15. This was a huge mistake as that book contains a lot of major life events for Lynley which makes the drama in his life earlier a bit anti-climactic. If you haven't read these books yet start at the beginning, or at least near the beginning as the developments in the lives of the characters are a huge part of the stories. I have read about half the series so far.

This particular book, wasn't one of my favorites, but having read some of the later books it was interesting to see where Detective Sergeant Barbara Havers begins the series. The main reason that this isn't one of my favorite George novels is that there are lots of red herrings in this book, some of them rather sordid, and I didn't think they added much to the book overall. Later books seem more tightly structured which I think is an improvement.

I recently saw my first episode of the Masterpiece Mystery Inspector Lynley series, which happened to be this story (from series 2). The program was excellent, I don't think I've ever seen a MM episode I didn't like, but I was bothered by Nathaniel Parker as Lynley because that isn't what I thought Tommy Lynley, Eighth Earl of Asherton, looked like.

This post is part of the Crime Fiction Alphabet 2012 at Mysteries in Paradise.
Posted by Mary R. at 7:16 PM