Update on a Century of Books 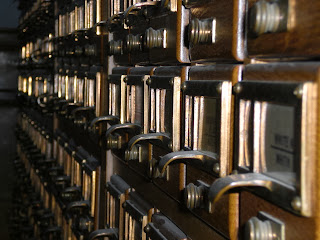 At the end of 2020 I posted about a plan to read books that would complete my century of books (at least one title published in each year of the 20th century). At that point there were 18 years that I was missing. I have filled in some of those years since then.

Earlier this year I did a massive organizing and weeding of my book collection and added all my owned-fiction (read or not) to Goodreads. This resulted in identifying  books that I had read for some of the missing years:

During 2021 I have read some books published in years I was missing:

1907 - Ozma of Oz by L. Frank Baum
1911 - The Innocence of Father Brown by G. K. Chesterton
This leaves me with nine years still to be covered (books listed are possibilites for each year, I the starred ones I have copies of):
1901 - Tale of Peter Rabbit by Beatrix Potter; The Crisis by Winston Churchill
1902 - The Virginian* by Owen Wister
1903 - The Ambassadors by Henry James
1904 - Esau and Jacob by Machado de Assis; The Golden Bowl by Henry James
1906 - Railway Children by E. Nesbit; Love Among the Chickens by P. G. Wodehouse
1909 - 3 Lives* by Gertrude Stein
1912 - Buttered Side Down (Short Stories) by Edna Ferber
1946 - Delta Wedding by Eudora Welty; Member of the Wedding* by Carson McCullers
I don't expect to read books for all the remaining years in the next few months, so this project will extend into 2022 and possibly beyond.
Posted by Mary R. at 8:01 PM