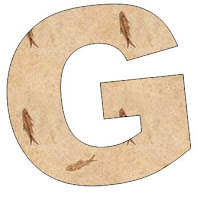 Sue Grafton's Kinsey Milhone series has been coming out (one letter at a time) since 1982. Milhone is a former cop in Santa Teresa, California. She is generally a loner, but has a few solid friends who are regular characters in the series. While Kinsey's story, and her friends, add a lot of interest to the books the cases are front-and-center in these books. The latest installment in the series is V is for Vengeance (which I haven't read yet). The whole series has covered only a few years in Kinsey's life (U is set in 1988) so she still spends a lot of time in the public library looking at town records and criss-cross directories. She also gets into a lot of jams that a cell phone would get her out of. This time-warp quality adds a certain charm to the series though. Like any series there are some installments that are better than others (I didn't love K and I particularly liked S), but overall it is an enjoyable series. The audiobook versions, narrated by Judy Kaye, are excellent.


This post is part of the Crime Fiction Alphabet 2012 at Mysteries in Paradise.
Posted by Mary R. at 5:58 PM