Cook it up! The Best of American Beer & Food 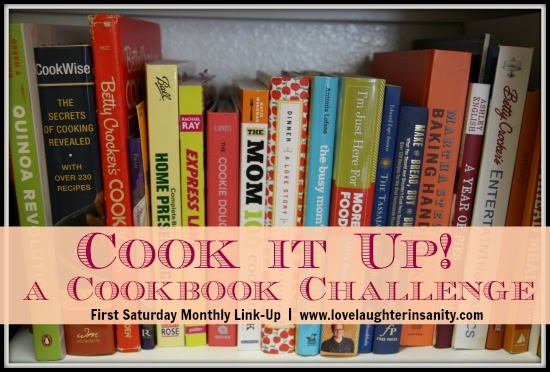 For the Cook it Up! Challenge I am selecting a cookbook randomly from my collection each month and trying to use it as much as possible during the month. September's cookbook was The Best of American Beer & Food: Pairing & Cooking with Craft Beer by Lucy Saunders. The first half of the book is mostly text on what was going on in the world of craft beer and food at the time the book was written (2007). This section was a good overview of the various regions of the U.S. and it was cool to read about so many places I have been and brewing people I have met. This section also includes detailed info on pairing cheese and beer and pairing chocolate and beer. The cheese section has a lot of very specific guidance that would make putting together your own beer and cheese tasting quite managable. These sections also include a few recipes.
The recipe section of the book has recipes created (mostly) by various brewpubs and a beer pairing suggestion (by style, not specific beer) for each. Saunders mentions it in the Introduction that these are recipes that were designed by people who have a staff to do all the prep work and the huge number of ingredients and the many steps in most of them support this.  I marked a dozen recipes that sounded delicious at the beginning of the month, but I only ended up making one because each time I considered one it seemed too complicated for the amount of time I had available to cook.
The one recipe I did make was delicious. It was Harpoon Winter Warmer-Spiced Pumpkin and Cranberry Bread. The method for this is very cake-like (you cream the butter and eggs in the mixer then alternate liquid and dry ingredient additions). The resulting texture was delightful and the bread was spicy and delicious. I used a  2008 Anchor Christmas Ale for the beer. 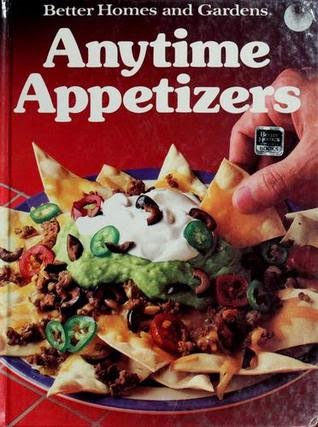 October's book is Anytime Appetizers from Better Homes and Gardens (1985)  This book is marked as a discard from a library in Virginia, so I must have bought it when I lived in D.C. (15+ years ago).I don't typically make a lot of appetizers, but there are a couple of things in here that sound good, including several variations on Chex mix which I do make a good amount ot.

This post is my October link for Cook it Up! and is also linked up with Weekend Cooking at Beth Fish Reads. I didn't cook much from it, but I did read the whole book so I am also counting this toward the Foodies Read 2014 Challenge.
Posted by Mary R. at 9:55 AM