New to My TBR

Week 5: (November 29-December 3) — New to My TBR with Jaymi at The OC Book Girl: It’s been a month full of amazing nonfiction books! Which ones have made it onto your TBR? Be sure to link back to the original blogger who posted about that book!

I didn't post for Week 4: (November 22-26) – Stranger Than Fiction with Christopher at Plucked from the Stacks which focused on all the great nonfiction books that *almost* don’t seem real. I couldn't think of any non-fiction that felt stranger than fiction to me. Maybe I'm just too cynical and prepared to believe outrageous things.
Anyway, moving on to the 20 books I have added to my TBR during #nonficnov:
Posted by Mary R. at 6:44 AM 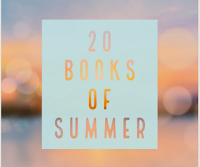